We all know that a vacation in Walt Disney World can get a bit pricey, so it’s always great to find free things the kids can do while in the parks.  Here’s some for you to try on your next trip:

-Kidcot Fun Stops-Epcot’s World Showcase-Many guests with small children tend to shy away from the World Showcase in Epcot thinking the kids will be bored.  Enter the Kidcot Fun Stops in each country where your child can get a free cardboard Duffy the Disney Bear that they can decorate with supplies available at each station.  The Cast Members at the stops will also give a stamp of Duffy in each country, as well as tell about their native land (again, shh...don’t tell the kids they’re learning on vacation!).

-Disney Phineas and Ferb: Agent P’s World Showcase Adventure-Epcot’s World Showcase-This adventure lasts anywhere from 30-45 minutes.  You’ll pick up your interactive handheld device from either the Odyssey Bridge (that connects Future World to the World Showcase), Norway Pavilion, Italy Pavilion or near the International Gateway, then look for clues throughout the World Showcase so you can defeat Dr. Doofenshmirtz from carrying out his dastardly deeds.  This activity is free with your park admission as well. 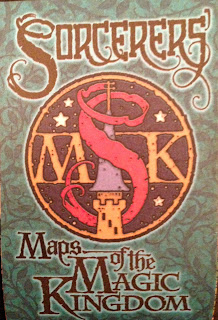 -Sorcerers of the Magic Kingdom-Stop by the Firehouse on Main Street in the Magic Kingdom to become an apprentice sorcerer to help fight the forces of evil. You’ll get a Sorcerer Key card and a package of Spell Cards (you can get one pack of spell cards per day, per admission ticket-for FREE!) to help you unlock Magic Portals and challenge Hades and his henchman as you complete missions in the park to thwart the evil Disney villains.  *Special note-you can sometimes score extra “special edition” spell cards-last year when I went to the Halloween Party, there was a special card given out to partygoers only...so keep an eye out for things like this!

-Pirate’s Adventure: Treasures of the Seven Seas-Magic Kingdom-This interactive quest is inspired by the “Pirates of the Caribbean” films and turns you into one of Captain Jack’s pirate recruits. There’s five different pirate treasure raids throughout Adventureland...be sure to pick up your magic talisman at The Crow’s Nest in Adventureland so you can read the maps and help Captain Jack complete each mission.  Each of the five missions takes about 20 minutes to complete, and again-this fun adventure is included with your park admission.

Freebies on vacation are always a plus, especially when they can add so much fun to your trip!  And just between us, you don’t necessarily need to be a kid to do all of these... ;-)

Have you or your kids tried any of these free adventures while in the WDW theme parks?  What did you think?  Would you recommend them to others?  If you've done more than one, which is your favorite?

Keep an eye out--a special August giveaway will be posting very soon!  You won't want to miss this one!
Posted by Making it Happen at 6:42 AM