Now, as I’ve stated before, I don’t have any kids of my own (just a godson) so when it comes to travel, my DH and I can go pretty much any time of the year...theoretically (DH’s job limits when he can take his vacation due to projects).  And I’ll tell you right up front-the best times of year to head to Walt Disney World are NOT when the kids are out of school.  Because most parents are not willing to take their kiddos out of school for a vacation, families tend to visit WDW during Summer vacation, Thanksgiving break, Winter break and Spring Break-making all of those times of year super busy with huge crowds and horrible lines.

If you have the luxury of being able to travel at any time of the year, here are your top choices for a less crowded, more comfortable Disney vacation:

Fall: mid-September thru mid-November...especially the month of October
As the kids return to school, crowd levels start to drop, and the later into the Fall season it gets, the temperatures start to drop as well.  No, it’s not cold-not even close-but temperatures do start to fall off from the crazy mid-90s that are so common during those crowded summer months.  While September might still see highs reaching up to 90, the average high in October is 84 and in November that drops further to around 78.  Lows are much better as well, falling from the low 70s of the summer to the mid-60s in October and even upper 50s in November.  One of my favorite times of the year is the last couple of weeks in October-cooler temperatures, much lower crowds plus Mickey’s Not So Scary Halloween Party is taking place as well as the Epcot Food and Wine Festival so there’s an opportunity to add some extra magic into your vacation! 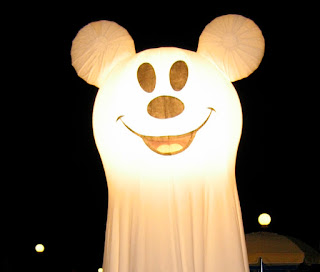 Winter: First two weeks of December, most of January and the first two weeks of February
The Walt Disney World Resort area cools down even further with highs in the low 70s and lows in the upper 40s to lower 50s in the winter.  Yes, some may think this is a bit chilly for being outdoors in the evening, but it’s a chance to bundle up and cuddle with your sweetie while wandering under the magical lights of Disney.  And with these being some of the drier months of the year, the daytime hours are simply phenomenal with sunshine aplenty and cool breezes without sweating through your clothes.  As far as crowds go, the first couple of weeks in December are pretty nice with low to average crowds.  The later it gets in the month, the more crowded it will get as schools start to let out for their winter breaks.  After the first week in January, crowds go down again and stay low through the first couple of weeks in February.  A really fantastic time of year to go if you can swing it-especially in December while the fantastic holiday decorations are up! 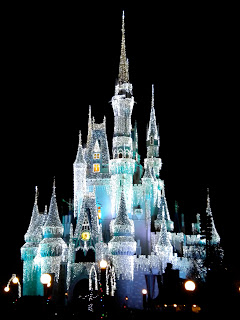 Spring: Late April thru the first three weeks of May
While the weather has started to warm up again, climbing toward the mid- to upper-80s for highs with lows in the mid- to upper-60s, crowds aren’t too bad...though May will be better than April.  Be careful though-rainy season is about to start and sometimes starts to hit a bit early!  A plus for this time of the year? The Epcot Flower and Garden Festival! 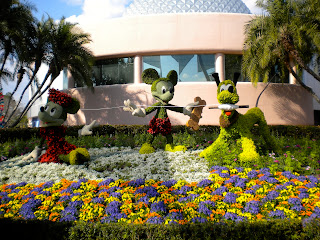 With all that said, what times do you absolutely not want to be there?  Most of the summer, particularly the months of June and July, is just stinkin’ hot & humid (can you say 90%+ humidity?  The Florida summer can!) and the crowds are pretty much all over the place.  Especially bad?  The 4th of July and the days surrounding it (but if you are there then, be sure to see the fireworks at Magic Kingdom--totally amazing!).

Another bad time is mid-March through mid-April.  That’s the window for school Spring Breaks and Easter Breaks and since the weather is still pretty nice at WDW then, it’s a popular time for families.

Even more popular and the absolute worst time of year to visit due to wall-to-wall crowds? From about December 22nd thru January 2nd.  Yes, the weather is phenomenal.  Yes, the holiday decorations are sensational.  Yes, there’s holiday parades and lots of fun to be had.  But there will be so many people in the parks, you’ll get hardly anything done.  If you’re just there to soak up the ambience of the season-great.  But if you want to ride the rides, meet the characters and so on--you’re better off picking a different time of year to do it.

While there’s always going to be exceptions with the weather (anyone there January 9, 2010? I did the Disney Half Marathon that day and we had SLEET, snow flurries and very chilly temps--and the next day while clear and sunny, the temps were in the teens and 20s that morning!) and the crowds (you never know when a convention or sports gathering will pop up when you weren’t expecting it), the general guidelines I’ve laid out here are a pretty good gauge for planning your visit dates.  If you are a family and you’re limited by school schedules, try for a Fall Break visit if you have one (NOT Thanksgiving weekend-that’s another crazy busy time!) or as late into August as you can go.

One cool thing about going during an off-peak time of the year?  You’ll most likely be able to score either a discounted room, package or maybe even a free Disney Dining Plan since Disney puts these promotions out to entice people to book during slower times of the year.

Don’t forget-I can help you plan and book your vacation for free!  Check out my website at www.enchanteddreamvacations.com and use the Get A Quote page to request your free quote.

When’s your favorite time of the year to visit Walt Disney World?
Posted by Making it Happen at 10:14 PM