WDW Extra Magic Hours-is it really worth it?

One of the perks that Disney heavily advertises about staying at an on-property hotel is Extra Magic Hours (EMH) in the parks.  Basically, if you stay at a Disney-owned hotel, Shades of Green, the Swan or Dolphin, or even the Downtown Disney Hilton you’ll have either one hour in the morning or three hours at night where one of the parks is open extra just for those resort guests each day.  Which parks open early or stay open late will vary.  All four parks take turns with a morning Extra Magic Hour; all but Animal Kingdom take turns with the evening Extra Magic Hours.

In order to enter a park that has the morning EMH, you must show your resort ID card (your Key to the World card-your room key) to get in.  For evening EMH, once the park ofﬁcially closes to off-property guests you will have to show your resort ID card to ride any rides or shop in the stores.  Theoretically if you are staying off property you could stay in the park during evening EMH but you would just be able to wander around and buy food...though if a parade or ﬁreworks show was going on you could see those as well.

From my personal experience, I will tell you that the morning EMH is probably the best time to be in the parks.  Since you have to show your resort ID to even get through the gates, that automatically cuts down on the number of people able to get in.  Also, I’ve noticed that in general, crowds tend to start really showing up from 10am on so that by lunchtime everything is in full swing...so even if lots of guests are eligible to attend morning EMH, a lot of them don’t seem to take advantage of it.  BUT, I’ve also noticed that whatever park has EMH, whether it is in the morning or evening (and regardless of which park it is), will normally be the busiest park that day...so when we are at WDW, we’ll usually head to the park that has morning EMH, then park hop to a less crowded park for the rest of the day.  You can get a lot done during that ﬁrst hour when it’s just
resort guests, especially if you also take advantage of the FastPass system which will already be up and running for morning EMH.

Evening EMH...well that’s a whole other animal.  They are three hours long...and I guess it’s a lot easier for people to stay up later than to get up earlier so evening EMH tends to be a lot more attractive to Disney resort guests.  I’ve found that whatever park has evening EMH winds up being super busy all day long, especially after about 11am.  This is probably also due to those resort guests who do not get the park hoppers so if they are taking advantage of the evening EMH, they’ll be at that park the entire day since they can’t hop to another park without using up another day on their ticket.  And so more and more guests ﬁll the EMH park throughout the day in anticipation of getting those extra hours at the end of the night without the off-property guests taking up space in the ride lines.  I’ve found that evening EMH are not really worth it unless you can stay until the very end-especially if those EMH go into the wee hours of the morning (like during peak times of the year when the Magic Kingdom’s regular closing time is 11pm or midnight so EMH means it is open until 2 or 3am).  Guests with young children or toddlers tend to leave without taking full advantage of those evening EMH since said kiddies just can’t seem to stay awake that long...so during the last hour or so of evening EMH the parks are much easier to navigate and lines are a lot shorter-again even more so when those EMH keep the park open past midnight.

So my opinion?  If you are staying on property at a resort that has the EMH beneﬁt, deﬁnitely use the morning EMH.  Yes, you may be getting up at the crack of dawn (or even before *gasp*), but you can really experience a lot of rides during those early morning times, then either hop over to another park that is not as busy for the rest of the day or if you don’t have a hopper pass or annual pass, you can return to your hotel during the busier (and hotter) part of the day to relax, enjoy the pool or take advantage of the many other activities Disney has available outside of the theme parks.  Evening EMH...I normally avoid these unless I know I can stay up until the very end.  The older I get, the harder that gets.  I’d rather spend my time at a non-evening EMH park, ride the attractions with shorter lines and have a less stressful day.

Do you take advantage of Extra Magic Hours?  Do you think they are worth it? 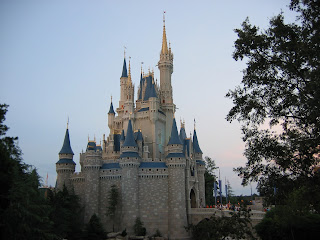 Posted by Making it Happen at 3:46 PM